Sometimes you gotta let out the inner geek: Hank Watson’s Garage Hour is set for stunning with this weekend’s show – it’s all science fiction, all the time (plus a truckload of science fact with the commander of the Navy’s railgun program).  So whether you want the top science-fiction movies (send us your thoughts), best sci-fi villains (we’re experts), most balanced spacefaring good guy (we call this the Han Solo category) or just a bunch of intelligent chats on the things that make science fiction the best genre since sliced bread, tune in at 6:PM. 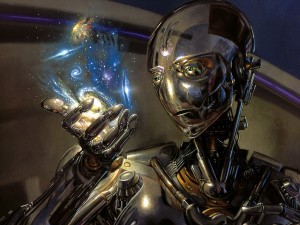 Like we promised, we’ll also have an interview with one of the men (Commander Jason Fox, USN – TOP men) behind the Navy’s new railgun, which is now in prototype form on a ship in San Diego harbor.  Buck Rogers won’t have to wait – we’ve got it now.

Backing up contract Timelord and sometime Hostus Maximus Justin Fort on Saturday’s show are none other than .45 Phil (That Which Goes Bump in the Night, and the guy who keeps the moon from turning), SuperMeg (evildoers beware) and Jesse Caverly, author, zombie expert and galactic commentator.